What should I do if my database project is failing? 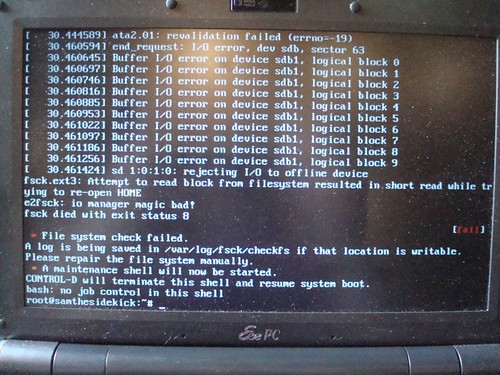 There may be times when your database or CRM implementation (or other projects) may be failing. Or apperar to be failing. In one way or another. In which case, other than obey the first rule of Douglas Adams, what should you do?
I have been brought in to manage a project where I have indeed recommended we stop there and then. But I have also been with projects where it appeared to be failing but where, with a few changes, we did turn it around and it was successful. And that can be as great an achievement as anything else.
Posted by Ivan Wainewright at 7:55 pm