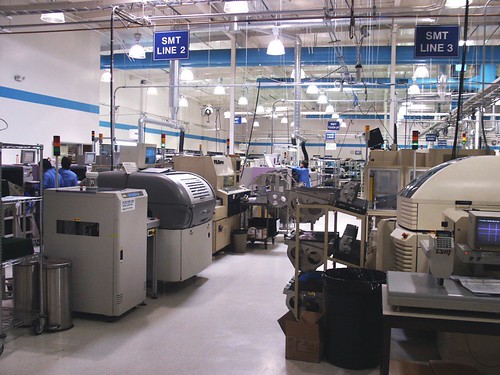 My second post in an on-going series of blogs on lessons we can learn from commercial sector technology implementations.

A recent article on TechRepublic shows how Toyota supplier, AW North Carolina (AWNC) spent $1.2m on new Cisco equipment, which has led to significant savings for them. Few charities will invest that amount in a new CRM system, but some of the approach which AWNC took provides us with very useful ideas for the benefits which charities may get from new CRM implementations, often regardless of size.


1) "Downtime at AWNC costs $272,000 an hour, so it's crucial to get systems up and running as quickly as possible. Any downtime, particularly in shipping, is incredibly detrimental."

Okay, so it's unlikely that a CRM system being down for an hour at a charity would have quite such high costs! However, downtime due to a poor or unsupported system or inadequate IT infrastructure is not always factored in to a charity's view on whether they need a new CRM/fundraising system.

So consider: what would it mean to your staff if they couldn't access their database for an hour? Probably, it wouldn't be terrible for most fundraisers/staff, they could cope for that time, although Supporter Services would no doubt find it awkward for managing in-coming phone calls. But what about half a day? Now staff will be getting more anxious, a backlog of income processing might build up, supporter services are finding it more difficult and major donor fundraisers can't see their contacts' details. What about a full day? Much harder now: thank you letters might be delayed, management for a forthcoming event becomes much harder, and what would happen if that day happened to be the day when you were due to do your Direct Debit claim?

So it's not just the cost of a new CRM system - all this needs to be considered when looking at investment.

2) "As a result of the new technology, AWNC avoided maintenance costs on the old equipment of $1 million in the first nine months the system was in place"

Again, unlikely for most charities that they will save $1m in nine months due to replacing a CRM/fundraising system, but I have come across several NFPs who are paying existing suppliers ridiculously high annual maintenance costs for what they are getting, even without upgrades and developments. And/or they have to have specialist, higher paid staff for their current, old system because there are so few people who can support it. So even if it is going to cost you £x to invest in a new CRM system, what are your savings going to be in the first 12 months? (In the next 5 years?) Forget "possible extra income" benefits for a moment, these figures are hard cost savings.

3) "About 40% of the savings will be ongoing and realized annually."

We forget this sometimes, that savings (and benefits of course) will not just be the first year, but over the following five to seven years. So in addition to point (2) above on immediate savings, what other costs will be lowered or made more efficient by a new system? Lower staff costs? Or maybe, the same staff costs but those staff being far more efficient, productive and proactive? Time-savings from quicker processes? Time-savings (and better productivity) from simpler, quicker development tools? Development you can do in-house now rather than having to always go to an expensive software supplier?

4) "It was very clear... that the infrastructure was not keeping current with where the world had gone."

We're all aware that digital is where fundraising is going. Yes, there will still be plenty of 'traditional' or offline income coming in for some years to come, but that appears to be declining, and GDPR/DP issues could be forcing our hand in terms of reducing direct marketing. There is a point when you do need to review how and whether your existing CRM/fundraising system can support you and provide additional benefits with your future fundraising plans because of changes in the outside world.

5) "It's common in a manufacturing plant to avoid buying new equipment in a misguided attempt to save money, with IT teams not realizing that the operational costs to troubleshoot problems and the associated downtime in a factory environment can result in even higher costs."

I love this! How many of you have suffered from this problem with your antiquated or unsupported fundraising databases?! (And it's kind of reassuring that commercial organisations have this problem too!)

6) "The big push for last year was solidifying the environment, and this year is all about pushing out into the applications and into the manufacturing space to impact yield inventory."

This is just a small point to show that any new CRM implementation does not have to be rolled out to everyone or to manage all potential benefits immediately. Plan for future expansions in the subsequent years after your immediate go-live - you don't need to, and shouldn't try to do everything on day one.

Posted by Ivan Wainewright at 12:28 pm No comments: