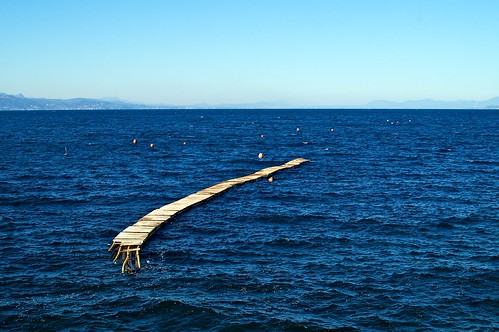 The IoF/CFG recently published a new report, "A practical guide to selecting and using online giving platforms" and I was pleased to see that the data collected from such platforms and, to a degree, the integration with your fundraising/CRM databases was acknowledged as a factor. However, I think such integration is sometimes promoted as being easier than it really is; and sadly, integrating or importing said data into your own fundraising database is often much more awkward, time consuming and costly than charities realise.

There are therefore a number of things I think you should consider if you do want to get the data from your online giving platform into your own fundraising system:

First, the data basics
Just because a platform provides a file of donors/donation data in an Excel/csv format doesn’t mean you can import it quickly into your fundraising database; e.g.:
There are also sponsored events to consider, which are of course where so much data comes from the online giving platforms. It's all very well including sponsors who have ‘opted in’ to receive more information from you, but if it takes more time/effort to import then what are the expected benefits? Are those people really interested in your organisation or just the person they sponsored? What is the real likelihood of getting a further donation from them?

And the reason all this is important is because if you do need to manipulate and change the files you are downloading from the online giving platforms, then someone in your charity (i.e. usually someone in your database team... if you have one...) has to do that. Some charities are better than others at doing that and some do automate such processes in Access/Excel macros etc, but I know many who still do at least some manual work, and some who do considerably more than "just a bit".

Some (potentially) better options
There are of course more automated ways of importing all this data. e.g. JustGiving provides an API which means you could import such data much more efficiently. And some of the fundraising packages and some of the fundraising templates now provided for Salesforce/Dynamics even have 'out of the box' functionality written for you to do this. Which is definitely a good start. But remember that even those pre-defined processes might not always do exactly as you want.

And if any online giving platform says “oh, we have an API so you can integrate us with your database…” then, well, just be aware - it ain’t necessarily as easy as it sounds! If you have internal programmers and techies then great, that’s an option. If not, it will cost you money.

The benefit and curse of multiple online giving platforms
Of course, the kicker is that for all the above points, you need to consider all of them separately for each online giving platform because each platform's data and file format will be different… That's why database teams groan (inwardly) when they hear about the "next, great online giving platform", because they know where the buck will stop in terms of getting that data into your own fundraising database.

And talking of bucks, this final step of getting the data into your own system is sometimes not considered when looking at the total cost of different systems. Sadly, it does seem to be assumed by some charities that if a database team can do one such solution then they can do another without any additional cost/work. And as I am saying, this is not the case.

Don't get me wrong: I love the fact these platforms exist and it has revolutionised fundraising. But to maximise future fundraising benefits, you need to get data from those platforms into your fundraising database and use that for future marketing. And that is not always as easy as it sounds.
Posted by Ivan Wainewright at 8:00 am No comments:

Last week, Blackbaud announced details of Raiser's Edge NXT. In the first part of this blog, I gave the facts of what I currently understand NXT to be. In this second part, I will say a bit more about what I personally think of the system and the implications for current RE7 users/potential new NXT users. As such, I should add a great big caveat at the start which is that this is my own personal opinion and so you can blame me for anything I am ultimately wrong about (or, hopefully, right!), but I hope that this post is at least a fair and open narrative.

What's Good about NXT?
The good news is there is lots to look forward to about NXT. It's interface and UX is undeniably very slick and far more user-friendly than RE7. There are definitely better features such as the approach to dashboarding, the work centre, the summaries users can easily see and the far more flexible way of displaying information. It looks good and that will certainly help user adoption. (Of course, that is only one aspect of any software, but it's a great start).

The different role-based views are promising and although that might add some extra support to database administrators to maintain them, I would still vote for and want that flexibility.

It supports REST API technology which means that using its API should be a far better experience compared to RE7's API which many people didn't like. What this means in practise is that your technical staff, or Blackbaud or third-parties should be able to integrate NXT more easily with other systems and get data in and out of the database better using such tools.

The conversion approach (which I detailed in part 1 of this blog) is clever in itself, although I have reservations too for the initial implementers (c.f. below).

And for those of you who want a cloud-based fundraising database it could be a great option.

Of course, the above sub-heading means I need another which says there might be stuff I think is not so good…
So what are my concerns/questions about NXT?

A few things we don't know yet but will start to do so
We don't yet have a timescale for a full implementation of NXT so that it replaces all of RE7. The only thing we know is that it won't be a matter of just a few months. So the 'hybrid' approach will be here for a while.

And as the pricing won't be based on user numbers then I assume it will either be based on record numbers and/or online storage requirements. How this works out will depend on Blackbaud's final cost model.

One of the things we will need to know is how Blackbaud will allow and manage client-created and third party API developments. Current RE7 hosting has limitations on third-party APIs so will that be the same on NXT? I believe that existing add-on functionality built on RE7 using RE7's API functionality will also be replicable on NXT, but it isn't completely clear to me how that will happen. Will it only be for API apps built by Blackbaud on RE7 or by third-parties/clients too? This is especially pertinent given that Blackbaud are launching a Partner Network in November this year.

There was talk on Twitter during the Blackbaud conference announcement that there could be a private cloud option. In which case, that would seem to offer more functionality for control of performance management and flexible use of the future API.

So how would I summarise all this?
Although I know RE7 is still selling fine and fundamentally it provides solid operational functionality for fundraising, it is difficult to argue against the view that it looks a bit long in the tooth, it is based on older technology and it is more difficult to integrate with. And all that whilst (some of) Blackbaud's competitors have surged ahead in terms of technology and an open approach to integration, and are already challenging on fundraising functionality.

NXT will address this. That's good news for the sector in terms of software options. Especially for small to mid-size charities already using or considering Raiser's Edge, which is where I suspect NXT will do well.

But it still won't be available until the middle of 2015 and even then it won't be replacing 100% of RE7 functionality. The time Blackbaud take to develop NXT further could have a significant impact on its adoption. And as I say above, I remain to be convinced as to how the 'hybrid' approach to using RE7 and NXT will be received by some users.

I also don't know if the cloud-only approach will alienate some organisations? It shouldn't do in terms of cloud security although there are of course some people who are still wary of cloud systems - but the management of client/third-party APIs could be important here too.

But as a one sentence summary? I think NXT will put Blackbaud back in the game (if they were ever out of it…)
Posted by Ivan Wainewright at 8:00 am 2 comments: 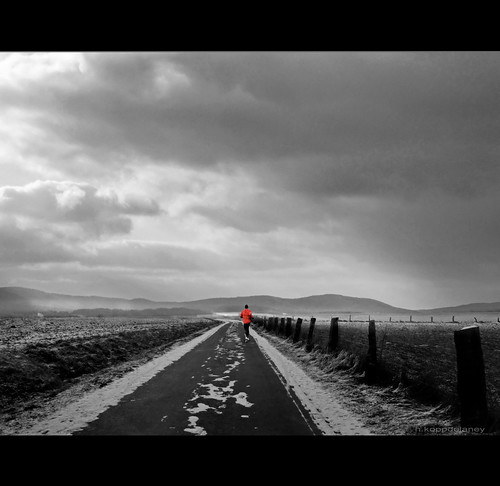 Last week, Blackbaud announced their roadmap and upgrade path for The Raiser's Edge v7: Raiser's Edge NXT. My post here summarises what this means to existing RE7 users and potential NXT users. I've split it into two parts: first the facts and second what I think the implications are for RE users 1.

First, just the facts ma'am
So what do we know about NXT:

And the planned release date is middle 2015. But: in the first instance, NXT will not have 100% of RE7 functionality. Instead, more functionality will be added over time. That will mean the first organisations using NXT will also need to carry on using RE7 for some of their staff/requirements. (c.f. Data Conversion below). In practise, the initial launch will provide the NXT interface for users more involved with one-to-one type fundraising (major donors, trusts, prospect researchers etc) but much of the central operational functionality of Raiser's Edge will remain in RE7 (e.g. direct debit claims, exports, database admin).

So how will current RE7 users 'convert' to NXT?
Although there is no 'formal' data conversion process, it is perhaps better thought of as an "invisible" conversion (or 'behind the scenes'). It will work like this:
You can read my thoughts on the implications of that in the second part of this post.

And don't forget Blackbaud CRM and eTapestry
If you are an existing RE7 user then you should also remember that NXT will be just one option for an upgrade path. For larger organisations, Blackbaud CRM could be more appropriate, or for smaller organisations you could even consider eTapestry. Talk to your Blackbaud account manager for more information (as the PR might say…!)

So what does all this really mean to Raiser's Edge v7 users? How good is RE NXT?
I will address that in my next blog, later this week.

The importance of the client/supplier relationship

This is a slightly corny sounding subject at first sight, but it really is true and it really is important! The following are some of the things I have learned over the years which you might like to consider when buying and then implementing a fundraising, membership or CRM database (or anything else come to that!):