Are charities really ready yet to take full advantage of CRM platforms? 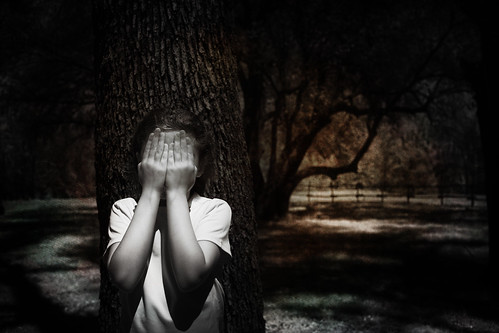 So often during procurements and marketing pitches, the undoubted benefits of CRM systems are laid out by suppliers for charities. This is understandable and correct - why shouldn't charities know what they could be achieving and the benefits of such platforms.

However, I sometimes wonder if most charities, or even some are really ready to take full advantage of such technology. I don’t mean from a fundamental or standard operational angle, clearly those systems have every chance of giving charities what they want for the start of any such project. But how many organisations have the people, the time, the resources, the clarity, the strategy, even the budget to really take it a step further after the initial implementation?

This is not because I don't think that charities don't want to, I'm sure they do, and not because they don't have the vision or understanding. Again, I am sure some charities do and I hope such organisations are getting the tremendous benefits which such systems can bring.  But I wonder if that is still done by just a minority of NFP organisations.

Why not?
If you consider all those factors listed above then the one over-riding thing which I think has the most impact on this is: People. People are the problem and the answer. Because it is the people which make the difference in taking full advantage of CRM platforms.

Consider skill-sets. Clearly charities have had people supporting their fundraising and similar databases for years but traditional fundraising packages have needed different skill-sets to those which the CRM systems require in order to exploit them to the max. For example, whereas the fundraising packages were in many ways more limited, the CRM systems are almost unlimited in their potential. But to achieve that potential you need someone with Business Analysis skills to be able to find out from the users, the fundraisers not just what they want but to interpret those wishes so that they can be implemented in a CRM system. This is not often something I find in mid-size charities and only sometimes in larger NFPs.

Then you need developers. Sometimes this will only require comparatively fundamental 'admin' type staff who will simply need to configure a CRM system, but for the more powerful and far-reaching benefits you may need specialist developers who can code the systems and get so much more from them. And this will mean new skills, new programming languages and a new understanding of how to get the most from those advances.

All that takes management, planning, different team structures and a different sort of approach to the fundraising packages.

So if you do want and can employ such people, then that means the other factors which will be needed will follow-on: time, budget, strategic vision. If you don't have the right people then there's no need for those other things.

But it's still not necessarily just that...
There's also one more difference which charities need to adopt, and that's a new mindset. Many database managers of the traditional fundraising systems will sadly have become used to being limited to only being able to work within the constraints of those systems, finding workarounds or paying a lot of money to their supplier and even then waiting to get extra work developed for them - or even having to say No to users when they are asked to provide requested functionality.

So to find yourself in a position where you could now theoretically say Yes to so many of the things requested by your users is of course exciting, but it also means knowing how to progress such requests. How should you configure or develop the systems? How should you ensure you are definitely doing what is best? (Don't just do what is asked for immediately - question such user requirements to make sure they are definitely what is really wanted and what will achieve the best results. e.g. Don't just add another tick-box field…). Do too much too quickly and you may introduce confusion or not do things properly; too slowly and it won't have the possible impact it could have. Do it without planning and you could find yourself having to unravel things and start again. Do it without understanding of database development and you could end up with a worse system, more unmanageable than that which you started with.

Don't let any of this stop you from buying and implementing the CRM systems and then developing them. Just make sure you have got the right building blocks in place first. The right people.
Posted by Ivan Wainewright at 8:00 am

This is a good observation. I am punching the air in agreement!

The problem, as you imply, is that few nonprofits are ready with the right competencies to fully benefit from the new world of real CRM.

Your description of the necessary components for a successful CRM implementation (not just a "traditional" donor database) is precisely the way we operate at Purple Vision these days. Our work is carefully resourced and structured around business analysis, configuration, development, adoption and support. In fact we use an approach that is as much at home in a web agency as a CRM consultancy – and we need to because all our projects include both back- and front-office requirements.

We provide these skills because our clients don't have them in house. And (in all but the very largest organisations) they are never going to have them because of the cost and specialism involved. This is why using consultants is effective. I know, I am a consultant so I would say that!

But where I agree with you is that clients need to develop their understanding of the new concepts and methodologies involved in business system development, be that for CRM, communications or service delivery. Successful clients in future will be the ones who understand the various roles and competencies necessary for tailored business solutions that enable their organisations to thrive. Only then can they confidently describe and commission what they want, and collaborate with partners in the delivery of their solution. This understanding is not normally associated with the role of the classic database manager, so for me the challenge for nonprofits is how to identify and acquire the leadership skills to take advantage of the revolutionary technologies that are now at their disposal.

Thanks for the comments, Steve. I agree that we as consultants can help with implementations, but (as I think you say too), post-live, mid-long term, the charities themselves need to adopt the new mindsets required. One of the issues there is that it is quite hard to plan ahead so that once you go live with a new CRM system then you have the new, necessary skills in place - that can be quite a challenge for some organisations to consider. Not always easy to know what you need until you get there!