On the fourth day of Christmas, my truelove gave to me... A list of fundraising software created for the Cloud for small-mid size NFPs. 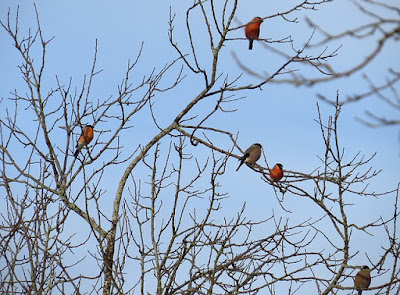 There are now a number of fundraising systems which have been designed as Software as a Service (SAAS) applications; i.e. they run on browsers, in the Cloud without the need for you to download anything on to your PC. These systems are specifically, proprietary software solutions which have been designed for fundraising and which you can use immediately with their built-in functionality (i.e. as opposed to CRM platforms like Salesforce/Dynamics which can be extended to provide fundraising functionality).

Here are four such systems (in alphabetical order):

Access thankQ CRM: The original version of thankQ was created quite some years ago and although you can still install it on your own servers, the latest version can now also be run as a SAAS option. It is functionally rich and a favourite for many users. Of the four systems here, it is probably more oriented to medium-sized charities but plenty of smaller charities have used thankQ over the years.

Donorfy: Donorfy is the newest of these systems and has been designed by Robin Fisk and Ben Brett who originally designed ProgressCRM some years ago. It is a good, clean system with new functionality being added all the time. And even though it was originally designed for smaller charities, it is increasingly being seen as an option for mid-size charities too. And the great news for very small charities is that you can use it with up to 500 constituents for free.

DonorPerfect: DonorPerfect started in the US but has steadily added customers in the UK as well, if not at the same rate as some other systems. It has all the standard fundraising management functionality you would expect and also has a mobile app for iOS and Android. Like the other systems here, although it can be used by smaller NFPs, it can also scale for mid-size charities too.

eTapestry, from Blackbaud: eTapestry has been around for many years now and always as a SAAS application, so its design has grown well. And the last few years have seen a significant increase in its user-base in the UK. There are three versions of it, with more functionality for the higher-end options. It also has new functionality being added over the months.

Posted by Ivan Wainewright at 8:30 am