My Predictions for NFP CRM Systems in 2015 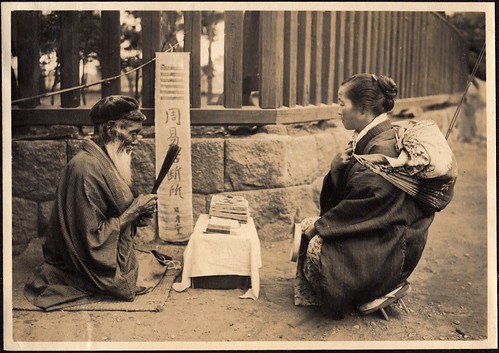 It's that time of year when people predict what's going to happen in the next 12 months and so I thought I would join in. So here goes: these are my predictions for what will happen in the arena of UK NFP fundraising databases and the CRM market in 2015:

1. The increasing adoption of Salesforce and Microsoft CRM Dynamics - especially for the larger charities looking for a new system. In the last 12-18 months, for the tenders for fundraising databases that I know of amongst larger charities, more have been won by a company selling Salesforce or Dynamics - and I think this pattern will continue at the moment. Blackbaud CRM will also be in the mix but it has not been as successful of late here in the UK (outside the Higher Education sector) and ACS's CareNG does not seem to be competing at the same level as the others right now.

So at the moment, for larger charities who are also looking for a development platform, I believe Dynamics and Salesforce will top the sales.

That said, I wouldn't be at all surprised if one or two larger charities implementing CRM systems for fundraising find it tough going. There are still very few sizeable UK charities using such systems for their dedicated fundraising database and I think some may find it takes longer and/or costs more than they expect.
2. The mid-size charity market for fundraising systems will see a battle between Raiser's Edge NXT and Access thankQ CRM. Both Blackbaud and The Access Group are bringing out new products in 2015 as successors to their existing Raiser's Edge and thankQ systems and it will be interesting to see which moves ahead. It looks like The Access Group will release their new offering first so that could give them a head start, but Blackbaud's new technology and financial clout should see them pick up new clients later in the year.

That said, Raiser's Edge NXT still has some questions hanging over it as I have highlighted before in another blog post, so it will be very interesting to see how that does develop.

I also believe that CiviCRM will win deals amongst mid-size charities but it needs one or two more significant implementations in the UK to really get it to be more widely adopted. (And of course Salesforce and Dynamics will also be an option for this level, but for those organisations with 'pure fundraising' needs there would need to be a good reason to be building from 'vanilla' for such systems - hence, again, my prediction for the growth of CRM fundraising templates.)
3. Extensibility will be increasingly more important. In terms of system flexibility, adaptation and development, charities are now moving on from accepting the limitations that the more traditional fundraising databases have offered historically. The goals, wishes and requirements of fundraisers (and therefore the database team too) means that such restrictions are almost certainly no longer acceptable for mid-size/large NFPs.

Thus the need for the increased power and flexibility of system extensibility has come to the fore. Charities want to be able to change forms and screens, insert entities and fields and add data integrity/business rules etc more easily than they have been able to in the past. And they want to be able to do this themselves, without having to be technical geniuses. But they also want to at least have the option of being able to get down-and-dirty with programming code if they desire to do that and if they are capable of doing so, and to be able to use such code so that they can extend the database beyond what it was originally developed for - but in such a way so that it won't break it in the future when new standard upgrades are released.

The CRM systems are leading the way in this but the new products from Blackbaud and thankQ are catching-up in some (if not all) areas and some degree of extensibility will no longer be a nice-to-have for new implementations.

4. Charities will want to integrate their fundraising/CRM database with their website and other data sources more tightly and with more automation… but they will still find it hard. This fundamental need is not new of course; and my point here is really a bit of an 'anti-prediction' in that although I predict the increasing desire for such integration, I still think it is going to be hard for more automated integration apart for those charities who have a decent budget and good in-house technical skills, or for the more 'common' data sources such as JustGiving.

Ironically, from the point of view of attempting to be Nostradamus, I hope I am wrong about this prediction.

5. Software companies and salespeople will continue to push Mobile/Social Media/Cloud as their innovations. Which is hardly a radical prediction, is it! After all, this is already happening. And of course these technologies do offer the potential of great benefits and the ability to interact with our fundraising/CRM systems.

But why I have highlighted this area is because I want to add that you shouldn't follow these trends blindly and you shouldn't be buying a new system just because it offers such capabilities. Instead, work out why or how such technologies could be used with your database. For example, it is not just a matter of recording tweets in your CRM system (I mean, are fundraisers really going to look through hundreds of tweets on a fundraising database?); it is not just about seeing a supporter's Facebook page from within the CRM (although that can offer some speed of access); and it's not just about accessing your database from your mobile/tablet without a good business reason, no matter how flashy the salespeople make that look. Although, yes, mobile access for event fundraisers at an event, for development staff visiting alumni, for member access - absolutely, that sounds good. So do it where it's right to do so - but not just for the sake of it.


A final note on this: I should add that there are of course many more fundraising databases available (AdvantageNFP, Harlequin, KISSS etc) and CRM systems (Workbooks, SugarCRM etc) - see the itforcharities website for such lists - and my references to the systems above do not mean that they are necessarily right for you or your particular project. If you do look for a new database then you need to do a proper analysis and procurement exercise and select whichever system and supplier is right for your organisation.