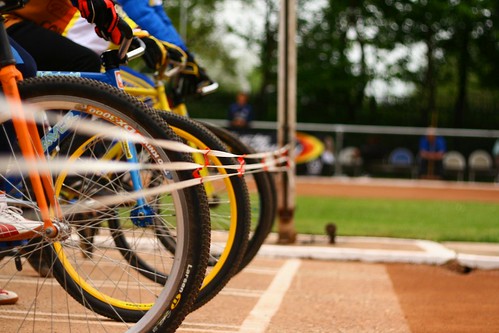 One long standing question with every CRM procurement process is, Who should we invite to tender for our project? You might well know some companies who you want to invite, but there may well be others you have heard about, researched or you are interested enough in them that you want to know more - but (probably) the last thing you want to do is to invite ten or twelve different suppliers to do long software presentations and answer even a medium length ITT document. Apart from anything, if you tell a supplier that they are one of twelve you are inviting to tender, then they aren't going to be nearly as driven to commit time and effort to your project as opposed to when they are one of four or five.

One option is therefore to hold 'pre-tender qualifying' meetings. (It's a bit similar to OJEU PQQs). For this, you will still need to meet at least those suppliers who you are uncertain about (and maybe even all possible suppliers - c.f. below) but only for a shorter time and with a slightly different brief. Bearing in mind the importance of the supplier themselves, their knowledge, skills, client-base, project approach and so on, you will gain an awful lot in these meetings just by discussing these sort of things with the suppliers even for just a couple of hours each. That's enough to give you a better understanding of them and for them to feel they are being listened to, but they don't have to spend many hours preparing for a detailed presentation or answering a long ITT - and you don't have to sit/wade through such presentations/documents.

And for anyone who doesn't think that this is long enough to assess a supplier's capabilities - well, I really can say that those who don't cut the mustard are fairly evident. In fact, I'm quite surprised at how poor (sadly) some prospective suppliers can be. You'll know them when you see them. And it's not just me who has found that out - the clients I work with are just as savvy at picking up on the poorer candidates. Okay, every now and then we might see a company who initially impress us and then we later find out they aren't quite all they were quite cracked up to be, but that's comparatively rare and that is part of the procurement process.

I do sometimes also ask suppliers to give me a brief demo of their software in such meetings, but I do so mostly where I already have some idea of that software - e.g. especially with the generic CRM systems. It isn't fair to a supplier to ask them to give you a thorough demo for the first time in just 30-45 minutes, it's almost not worth it. But if you know the basics of, say, Salesforce or Dynamics, and you instead want to see how a supplier has configured it for another charity or type of fundraising, then that can help.

I also always ask suppliers to bring at least one of their project team who our charity could be working with to these meetings. So it's not just the salesperson you are meeting, but, also say, a project manager, implementation consultant, technical architect, support manager etc. The suppliers who value your business will do so. Those who do only bring a salesperson will tell you something about the company too.

After all these meetings, you can then short-list to, say, between three and five companies (or whatever number you are comfortable with), in order to get right down to detail.

I find this process especially useful these days with the sheer number of possible "CRM" suppliers (i.e. the Salesforce, Dynamics, CiviCRM partners etc) where, even though they are using the same platform, there can still be distinct differences in a supplier's approach, knowledge or how they use the software. But it is equally useful with the fundraising package vendors too.

In terms of fairness, if I am holding such meetings, I would do this not just with those suppliers who I may or may not ultimately short-list, but even with those who I am pretty sure I will short-list anyway. That means you can judge everyone equally, give everyone the same possibility to impress (or otherwise) and you are bound to learn something at this stage about everyone, whoever they are.